The remedy for procrastination? An impending deadline, probably. Or behavioural economics, which is all about recognising and addressing inherent human biases; this lets you optimise the way you carry about your daily business.

But sometimes you need to use these biases to your advantage if you want to stop compulsively looking up pictures of cats in saucepans instead of studying…or if you’re prone to sitting on your fat ass all day.

It’s okay to use the word “ass”, right? Is this supposed to be family friendly? 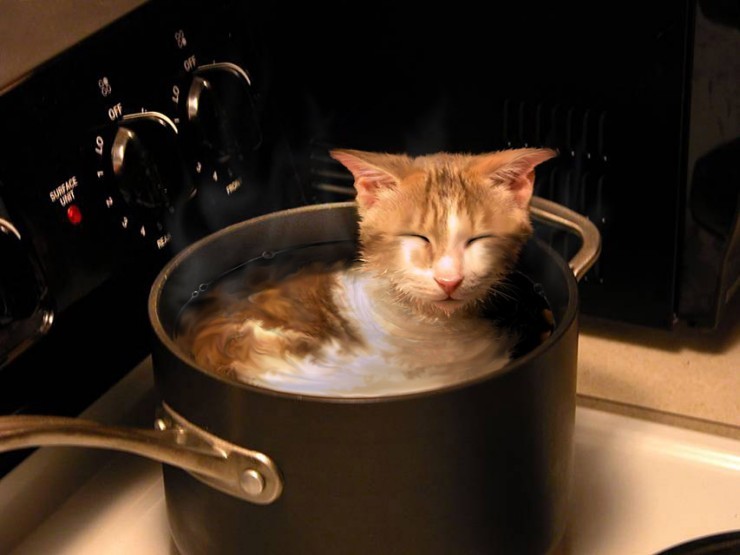 So let’s address and embrace these biases.

In an unprecedented moment of heated passion, or maybe when I referred to your fat ass above, you bought yourself a gym membership.

A gym membership is a sunk cost, meaning it’s already been paid for. While there’s not much you can do to recover it, you also don’t have to pay another cent; this fee is totally in the past.

Future decisions should take this into account by dismissing the sunk cost completely. So if you’re rational and you hate exercising, it makes sense for you to ignore the membership altogether.

You won’t receive your money back, so why put yourself through hours of pain for a lost investment? It’s better to let it go. So much for your New Year’s Resolution!

But if you allow yourself to be irrational, you can conjure up the fear of this money going to waste — even though it’s technically not — and use it to inspire positive action.

Whether it’s a gym membership, subscription-based study tool or expensive dieting program, the principle is the same. Pay for big commitments up-front and then stand by them to avoid feeling like you wasted your money.

The endowment effect is a bias where you overvalue things you own. In essence, you’re scared of losses and hold on too tightly to what you already have.

Maybe you hate fur coats, especially ugly ones. But then your atherosclerotic life partner gives you the ugliest fur coat you could ever imagine. Oh, and you suddenly become Miley Cyrus. Now you have a sentimental attachment to this fur coat, because it’s your ugly fur coat. It’s no one else’s. It’s yours.

Then disaster strikes. Someone breaks into your house and steals your ugly fur coat. Just that fur coat. Nothing else.

Now you feel the sting of losing the ugly fur coat, even though you’d been just as happy before you ever received it.

Why? Because you’re scared of experiencing losses and you place a high value on what you perceive you already own. Something that was yours was taken away and you don’t find that a fun experience.

Now here’s the effect it has on your New Year’s Resolutions. When your desire to change is expressed as a loss, it’s hard to follow through with it. Stop eating junk food? Stop reading useless things on the Internet? Wear less ugly fur coats? No, no, it’s all too hard to do.

Instead, rethink what your goal is. Maybe it’s to achieve better health. Maybe it’s to focus more on your study or work. Maybe it’s to improve your fashion sense. These are gains, not losses, and therefore feel more palatable.

Phrasing matters, doesn’t it? Actually, it matters a lot. How you express things deeply affects how you think about them.

The classic example is a village with 600 people. You have access to a medical program that saves 200 people. That sounds good, doesn’t it? But you can look at it another way and say the program lets 400 people die. Although it’s the same thing, it suddenly sounds much worse.

Expression makes a difference, even if the things being expressed are exactly the same. In experiments, simply changing the wording affects people’s decisions.

So you know what? Use this to your advantage. To ensure your goals feel like successes, reframe the way you think about them.

Make your New Year’s Resolutions ridiculously easy. Make them achievable. Then reward yourself — focus on the positive and celebrate what you do achieve, not what you haven’t yet.

Because in the true spirit of procrastination, you can always do that later.

One thought on “To Keep Your New Year’s Resolutions, Be Less Rational”