Do the following things, in this order of priority.

A simple acronym solves everything. The point is not to let the patient DIE.

If you want to change your future for the better: sleep enough, eat healthy food and don’t be a sloth.

And maybe fidget to burn more energy, so you can eat more food.

Bras haven’t been proven to be useful. One argument is that it’s more of a personal preference or even a fashion statement.

There isn’t much research on this front. But based on the limited evidence out there, bras  are more likely to be harmful if they’re the wrong fit. The nudists win again.

DKA can lead to AKI.

DKA can lead to lactic acidosis, which can be associated with thiamine deficiency.

Lipase is more specific for pancreatic disorders than amylase.

Lipase has a p in it. So does pancreas.

This stimulates the anterior pituitary gland to release FSH and LH, which act on the testes.

To control things for homeostasis, Sertoli cells release inhibin to dampen the release of FSH and LH from the anterior pituitary gland.

Testosterone gives negative feedback to the anterior pituitary gland and the hypothalamus. 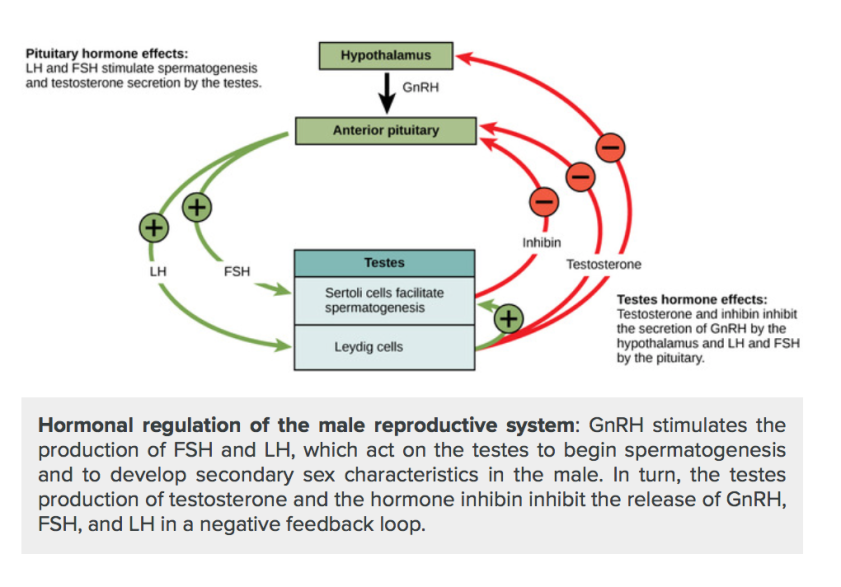 Breast cancer can be oestrogen-sensitive, so a treatment target for such types is to inhibit oestrogen.

Diabetes mellitus is a disease of not enough insulin. It’s a story of pancreatic insufficiency when it comes to insulin.

In Type 1, there’s no insulin produced. This is an absolute insulin deficiency.

In Type 2, the gradually failing pancreas doesn’t produce enough insulin to meet the body’s increased requirements; in certain people, the body is a needy thing that becomes less and less sensitive to insulin over time, so more is needed of it. This is a relative insulin deficiency.

If diabetic ketoacidosis is a crisis characterised by a lack of insulin, why is it that both intravenous glucose and insulin are part of the treatment?

This is because DKA has two big issues:

Treatment with insulin corrects both of these. However, the hyperglycaemia resolves first. IV glucose gives more time to allow the insulin to keep suppressing ketones, thus addressing the acidosis as well.

Obviously! Your local supermarket worker knows it! Your angry ex-partner who’s now filing for asset claims from you knows it! The door-knocking salesperson you try to hide from by pretending you’re not at home when they try to pester you knows it!

Parathyroid hormone, affectionately referred to as PTH, is renowned for its action of freeing calcium from bones. But does it do this through osteoclasts directly? After all, osteoclasts eat bone and osteoblasts build bone.

PTH indirectly stimulates osteoclasts to resorb bone. Mind-blowingly, it does this through osteoblasts.

Hyperkalaemia, Due To Vicious Subjugation Of Aldosterone

Aldosterone retains sodium and kicks out potassium. Take that, distal kidney parts! That’s where it acts.

Spironolactone, a medication well-known for its alluring gynaecomastia properties, is an aldosterone antagonist. It’s a potassium-sparing diuretic, which means it helps pass more urine without destroying the person’s blood potassium level to low, low amounts.

Let’s return to aldosterone itself, however. Aldosterone is like a vindictive, electrolyte-discriminating landlord that takes in sodium but evicts potassium from the rental property. It’s the excessively muscly security guard who stops that drunken, disorderly potassium from trying to enter the blood club.

Given the above, inhibition of aldosterone causes the opposite of its normal effects: not ejecting as much potassium from the system. Too much potassium is in the nightclub of your blood! That means hyperkalaemia!

Therefore, anything that stops the triggering of aldosterone creates a risk of hyperkalaemia.

But an ACE inhibitor stops angiotensin II from being formed! And that indirectly reduces the triggering of aldosterone that otherwise would have occurred! Hyperkalaemia might ensue! Chaos everywhere!

That explains one of the potential side effects of ACE inhibitors.

Angioedema Is Serious And Bad

If an ACE inhibitor triggers this, the patient can be switched to an ARB, which is an angiotensin II receptor blocker. It achieves a similar effect without as much risk of the side effects of ACE inhibitors.