There are reasons to have good patient rapport.

When you play charades and your team mate is writhing around on the floor making squawking noises* and you spontaneously yell out “shark!” before being met with the sounds of ecstatic relief…that’s based on rapport. You knew the answer because you had a connection with your friend who regrettably never attended acting school.

*When everyone’s miming is so bad that nothing makes sense, cheating is allowed and even encouraged.

People deserve respect, so treating them well is obviously a given. However, it can also help management; a patient who feels listened to is often one who listens to you in return.

If yo’ having compliance issues, I feel bad for you, son. I got 99 problems but rapport ain’t one.

That said, let’s assume for a second that treating patients like people has no value beyond being nice.

In all truth, you’d rather have the worst, most offensive doctor who’s the best in the world…

…than the extremely likeable but utterly incompetent clinician. 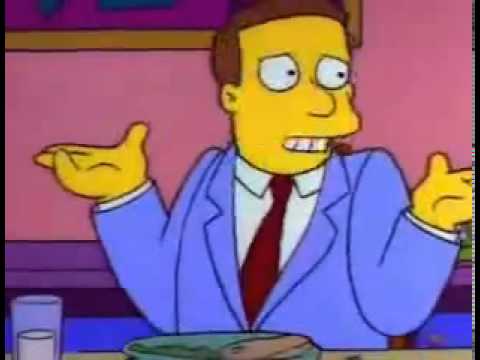 However, we don’t have that information in real life. There isn’t usually firm guidance about who the best clinician is, so what can we do? You know, aside from going to medical school with a large cohort and ferreting out the good and bad ones from that experience.

Interestingly, outward behaviour can serve as a proxy.

Perhaps they’re the one to take the time and effort to perform a fuller examination.

Or maybe they’re the one to take the time and effort to order the right investigations.

Clinical competence is obviously a requirement, but there’s more you can do on top of that. How can patients who never attended medical school with you know if you’re prone to passing spectacularly or flunking dramatically? You can show them that through the way you treat them — with respect, attention and concern.

You might still be a horrible doctor, although let’s certainly hope not, but treating patients with respect is such a small switch that you can control with ease. If we treat competence and attitude as two separate things, it’s better to be a bad doctor with good bedside manner than just a really bad doctor.

At the very least, it’s nice to be nice to people.